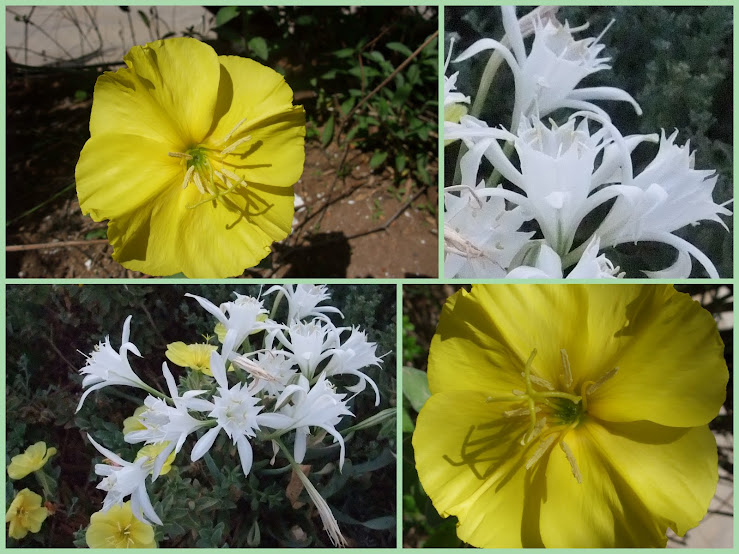 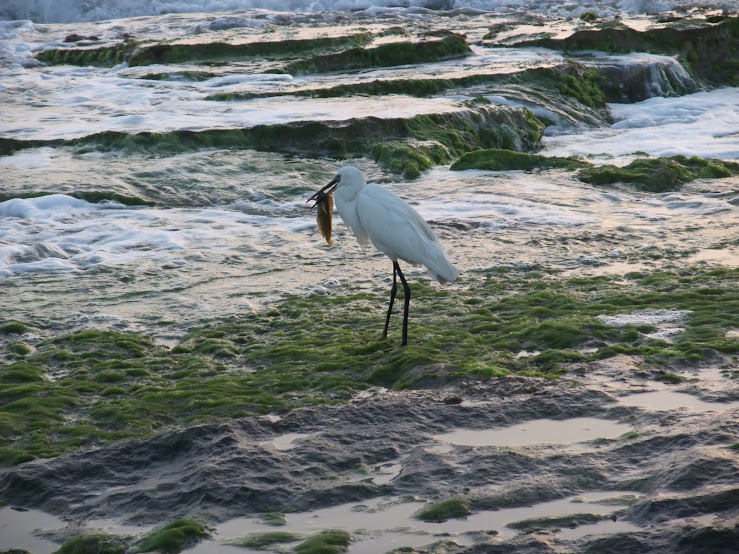 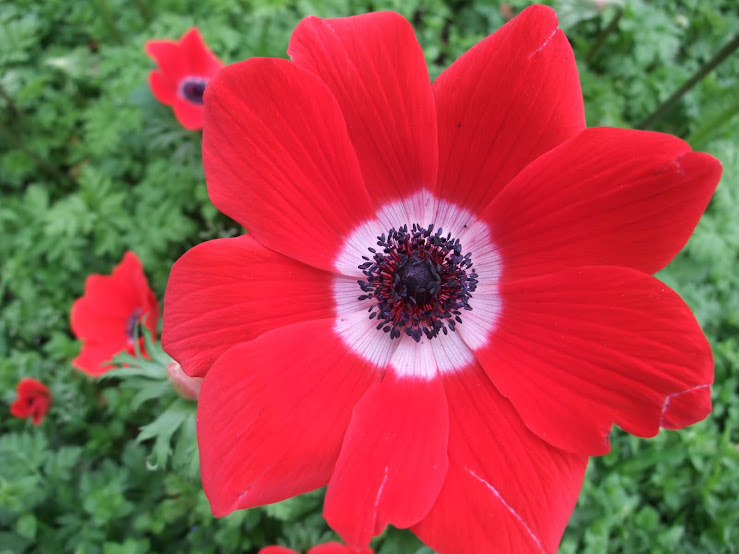 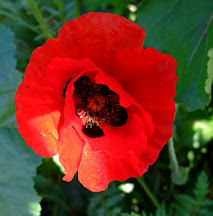 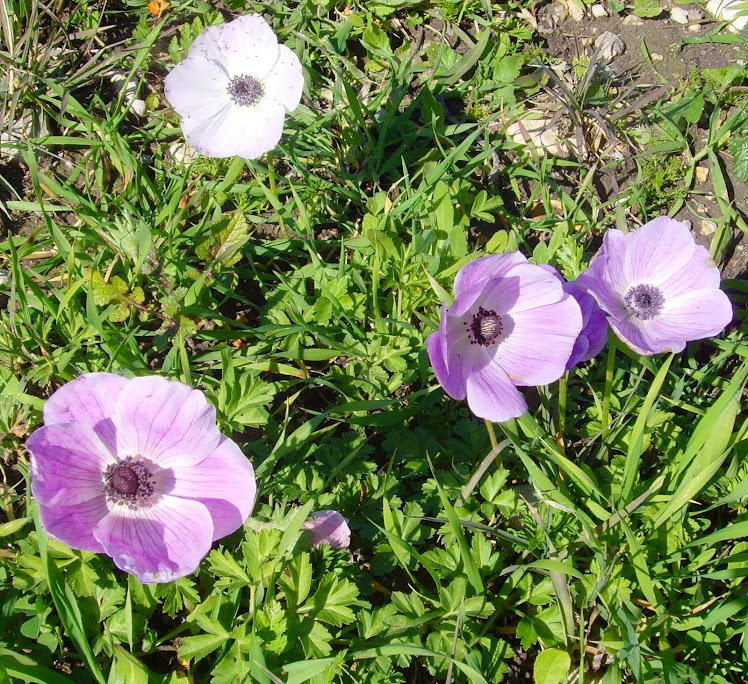 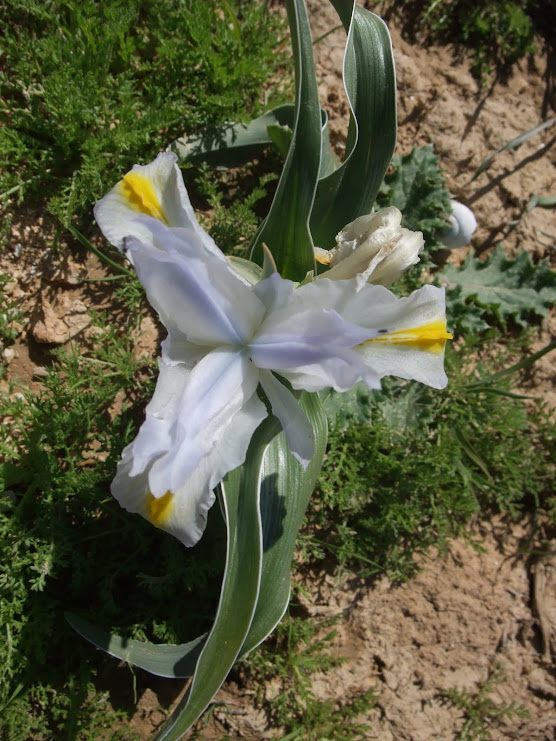 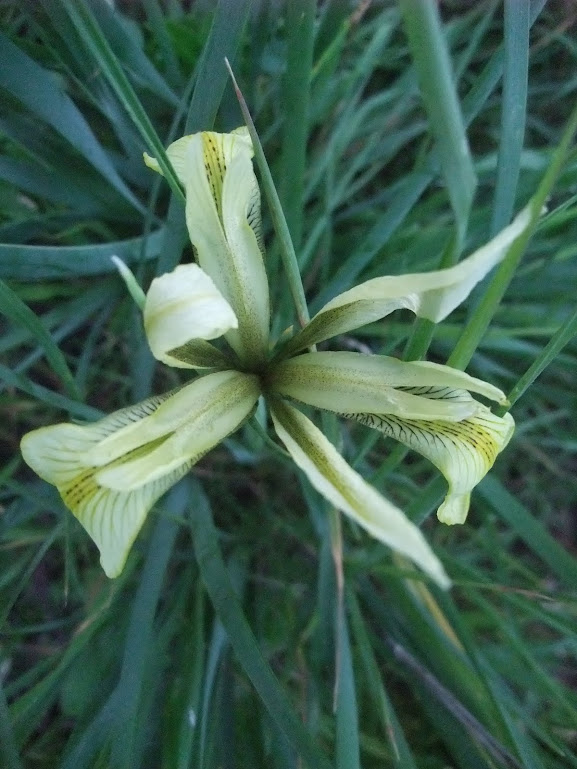 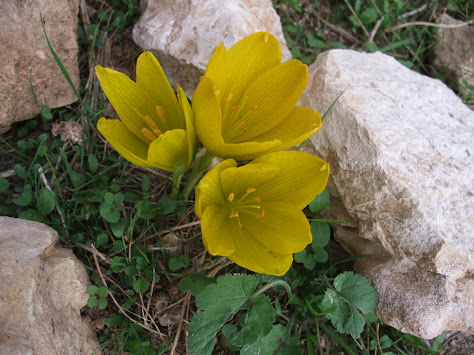 A delightful trip to the Birya forest

Over 40 intrepid souls set off this week on a trek to see the splendid "Chelmonit". We would walk 13 kms up, and luckily mostly down Mount Canaan, through the Birya forest, and along the woodland tracks down to Rosh Pinna in the hopes that this elusive yellow flower would be flowering.

The Hebrew name refers to the fact that the flowers look from a distance as if someone has smashed egg yolks on the ground! No leaves, barren earth all around,the Sternberger clusiana is a dramatic site to behold.

As you can see from the photos we succeeded in our quest - these lovely blooms were discovered just a kilometre from the end of our trek!

They were well worth the wait!

We Israelis love our wild flowers and will travel long distances to see them. A delightful tradition has grown up around the Sternbergia. Perhaps someone noticed that the delicate flower was being trampled by the very enthusiasts who had set out to view it, and so he or she decided to protect it! Now you can often find the flowers surrounded by a ring of stones. Look in the picture above and you'll see the circle.

By the way, the Sternbergia has its own defences. The winter months are not the optimum time for being pollinated. So it has two clients! Honey bees collect nectar and pollen from the shorter inner whorl of stamens. The hover flies visit the outer appendages and the longer stamen whorl.

Our Sternbergia is a genus of the Amaryllidaceae family. Although it looks a bit like a crocus, it is more closely related to the narcissus.
Posted by Pamela Levene at 5:45 AM No comments:

A lovely white flower. Is THIS a crocus?

This time it seems the answer is yes. They are called karcom chorpi in Hebrew which translates as wintery crocus. The fancy Latin name is crocus hyemalis. Hyemalis is Latin for winter.

I found these lovely flowers growing happily out from a grassy tuft high up on the mountain. They were obviously delighted with the heavy rains we had just a couple of weeks ago and made their appearance soon after.


Posted by Pamela Levene at 5:05 AM No comments: 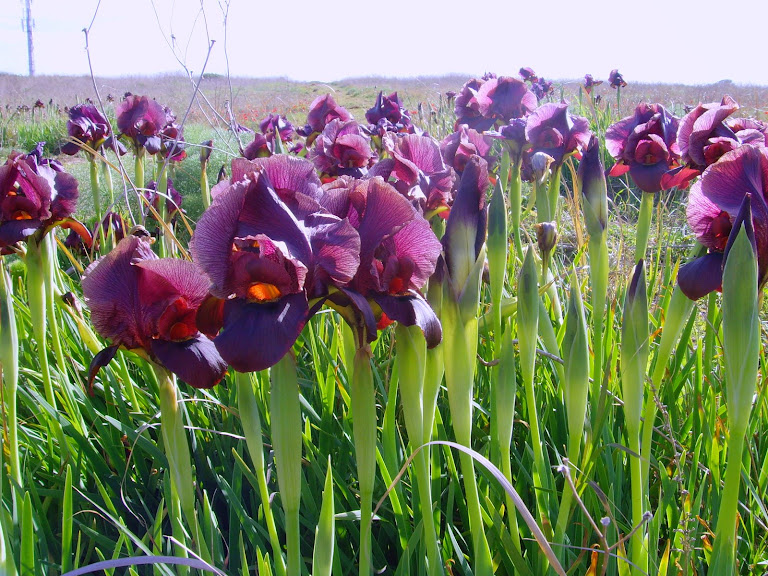 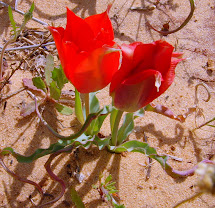 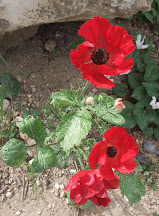 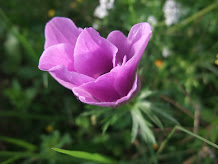 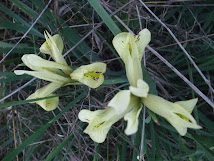 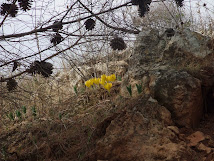 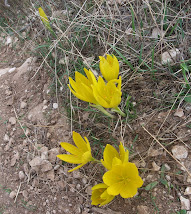 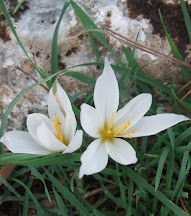 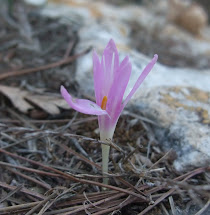 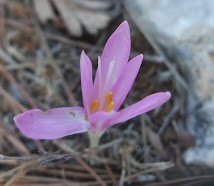 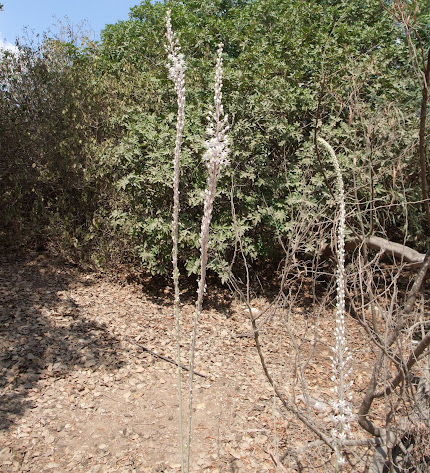